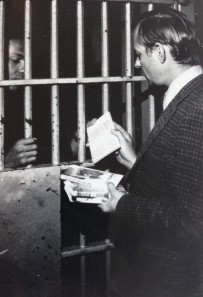 Set Free Prison Ministries was founded in 1971 by Phil Wagner.  After graduating from Bible school, the Lord led Phil into full-time prison ministry. He served as the official staff Protestant chaplain at Chicago’s infamous Cook County Jail from 1971 to 1978. In 1974, Set Free Prison Ministries was formed as a 501( c ) religious nonprofit organization. During his chaplaincy, the Lord began to enlarge his vision and impress upon his heart to establish prison ministries in other states modeled after the very successful and effective chaplaincy program being used at Cook County Jail. After training up three chaplains and with the new goal and vision in mind, he moved to Riverside California in 1978. Over the past many years, the Lord has blessed his efforts and used him to help establish many independent jail and prison ministries throughout the United States and Canada. Internationally, Phil has planted prison ministries in Moscow, Russia in Eastern Europe, and Almaty, Kazakhstan in central Asia. 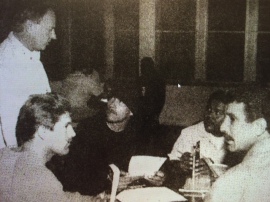 Set Free had its beginning at Chicago’s infamous Cook County Jail, where Phil began his chaplaincy work. The most effective part of his chaplaincy program was the use of Bible courses. From there, the Lord enlarged Phil’s vision and put on his heart to begin planting Bible correspondence ministries throughout the United States. Years later others caught the vision and became involved.

Today, 51 years later, the large network of indigenous prison correspondence ministries continue to follow the original pattern and procedures established by the Set Free Board of Directors in the early 1970s. Literally, millions of Bible courses have been provided free of charge, including postage to inmates throughout the United States, Canada, Russia, Kazakhstan, and many other parts of the world. 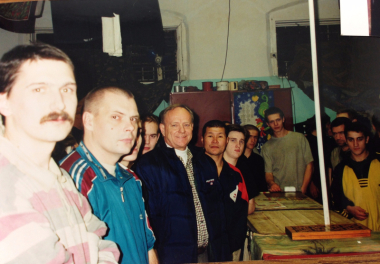 We will be eternally grateful to the Lord for His divine leading and His powerful intervention in a supernatural series of events which only He could have arranged. Miraculously, Phil was granted the unique and great privilege of being the first one allowed to share the Gospel and minister inside Russian prisons which had been tightly closed for over 70 years. All forms of religion were banned and considered a serious threat to atheistic Communist rule.  Those who dared to practice their faith were imprisoned, with many hundreds executed for their faith. We became acquainted with the two official executioners who executed many thousands of people for almost 50 years. 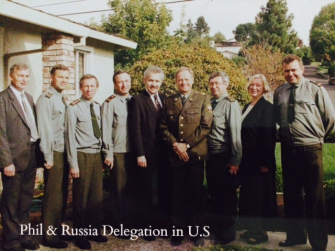 What an incredible miracle being granted complete access and freedom to share the Gospel in every corner of Moscow’s infamous Byturka Prison, a dilapidated dungeon type prison built in 1771.

Over the past 26 years, well over one hundred thousand Bible courses have been completed by Russian prisoners throughout the former Soviet Union, with many thousands opening their hearts to the Savior.  Many containers of humanitarian assistance were shipped from the United States, Ireland and Germany, to help the destitute prison system, relieve human suffering, and save lives. Everything was provided in the name of the Lord, with the goal to bring glory to Him and the lost to respond to the Gospel.  Most importantly, those dead in trespasses and sins were made alive, and now possess eternal life. Demonic darkness was dispelled by the light of the world, and the light of the Gospel. 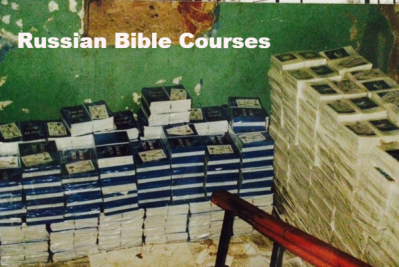 Inmates found new hope and a reason to live. Where they averaged over 300 suicides a year, the number decreased to less than 10. At times, so many wonderful things were taking place that we almost had to pinch ourselves to see if we were dreaming! The miracles and all that was taking place was totally 100% the Lord’s doing! We were simply His grateful servants, so thankful that He still chooses to work through the insignificant of this world, that He may rightly receive all the glory due His holy name (1 Corinthians 1:26-31). 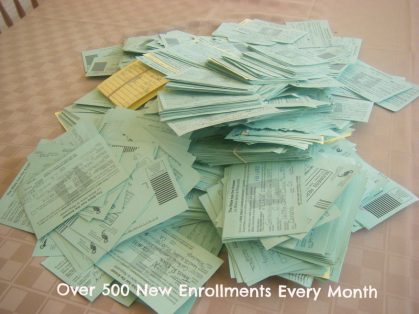 As we thank the Lord for the miracles He worked in the past, we are so thankful that He is the God of the present, and continues to powerfully perform miracles today. Thousands of lives are being wonderfully impacted by the mighty power of the Gospel, and many hundreds have already come to know the Lord this year!  New and exciting opportunities are wide open for us to greatly expand the Gospel. We are so thankful for fresh ideas, new vision, continued zeal, and we are excited about what the Lord is doing in the now and also what He’s going to do in the future. 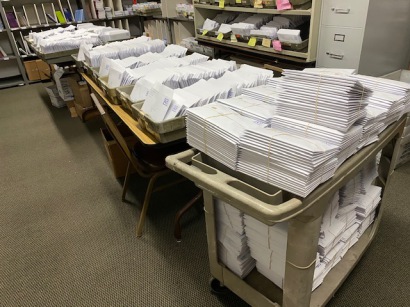 We would appreciate your prayers and partnership in the Gospel which will enable us to keep on sharing God’s love and the Gospel with an empty hurting world. This is so important and essential to the success and continuance of this ministry. If the Lord moves your heart to participate in this ministry, we will be so very grateful. May our loving Lord bless you and your every effort for His eternal glory.

Your prayers and financial assistance are a great blessing and

encouragement, which make this ministry possible.

Thank you for making an eternal difference in the lives of others.